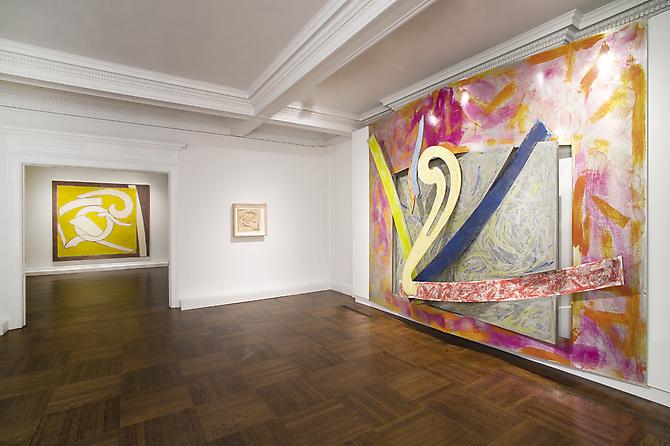 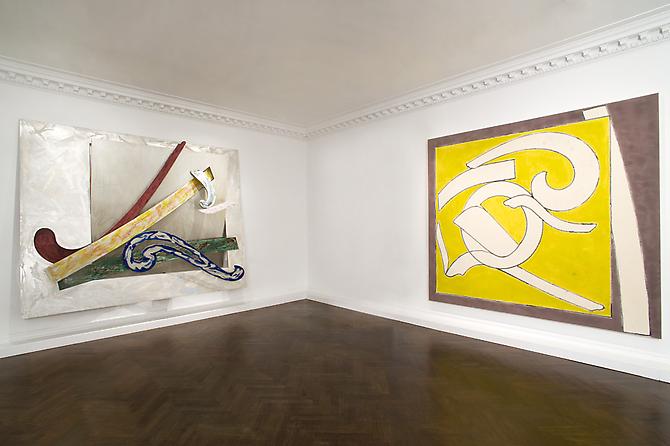 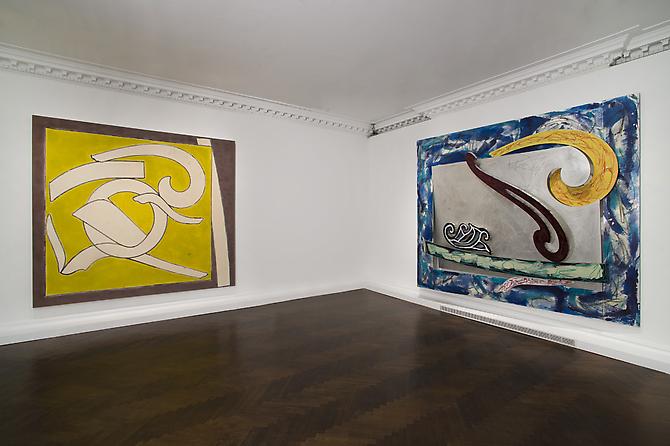 In 1975 Frank Stella executed twenty-eight graph-paper drawings, which were converted into Foamcore maquettes, and, in 1976, to a series of large-scale aluminum reliefs known as the Exotic Birds. With the Exotic Birds, in the words of William Rubin, "we enter fully into Stella's 'second career,'" a transition that was "radical on the levels both of method and of pictorial language."

Stella engaged in a multistage execution process to realize the Exotic Birds. At an early stage, in Kagu, Stella's fixed vocabulary is introduced. Despite appearances, the curving forms of this painting are not freehand drawings, but rather "found" objects borrowed from the language of mechanical drawing, a series of "irregular curves" used by engineers and architectural draftsmen. Stella arranged his two-dimensional compositions by moving these templates around in relation to one another until he was satisfied with the overall image.

As in Kagu Maquette, Stella elevates his renderings to three dimensions by angling the templates against the picture plan. The artist's notes throughout permit an interpretation of such a maquette as a dynamic architectural model, anticipating subsequent steps in a methodical set of procedures. In fact here, Stella's relationship to architecture is firmly established. His forms now have real volume and structure, a moment that anticipates Stella's later architectural endeavors.

New Caledonian Lorikeet, Wake Island Rail, and Noguchi's Okinawa Woodpecker, fully realized reliefs scaled to five and a half times the size of their maquettes, are distinguished by a provocative and gestural use of color that superficially recalls the abstract flesh of Jackson Pollock and Willem de Kooning's paintings. In Exotic Birds color functions to activate Stella's compositions and signifies the end of flatness in his work. It also undermines the identities of each individual architectural element.

However, Stella emphasized these curves as objects to be seen individually, as "real" parts of reality "breaking through pictorial boundaries to coexist in our everyday space." As he said, "the templates start with an image value and an aesthetic existence of their own, whether or not you recognize them – as I do – as tools, I wanted to transform that, to raise the level of it from design into art, and to make it physical; in effect, to give the templates a real presence, a pictorial presence… Abstraction has to be made 'real' in Picasso's pictorial sense of the word... abstraction has, in some curious sense, not to be abstract."