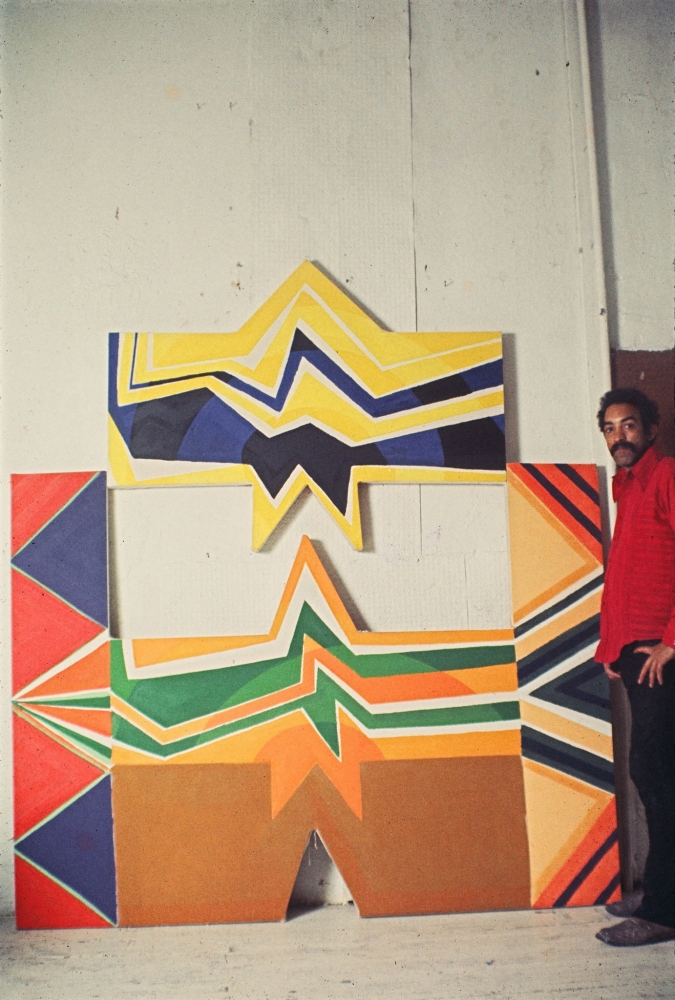 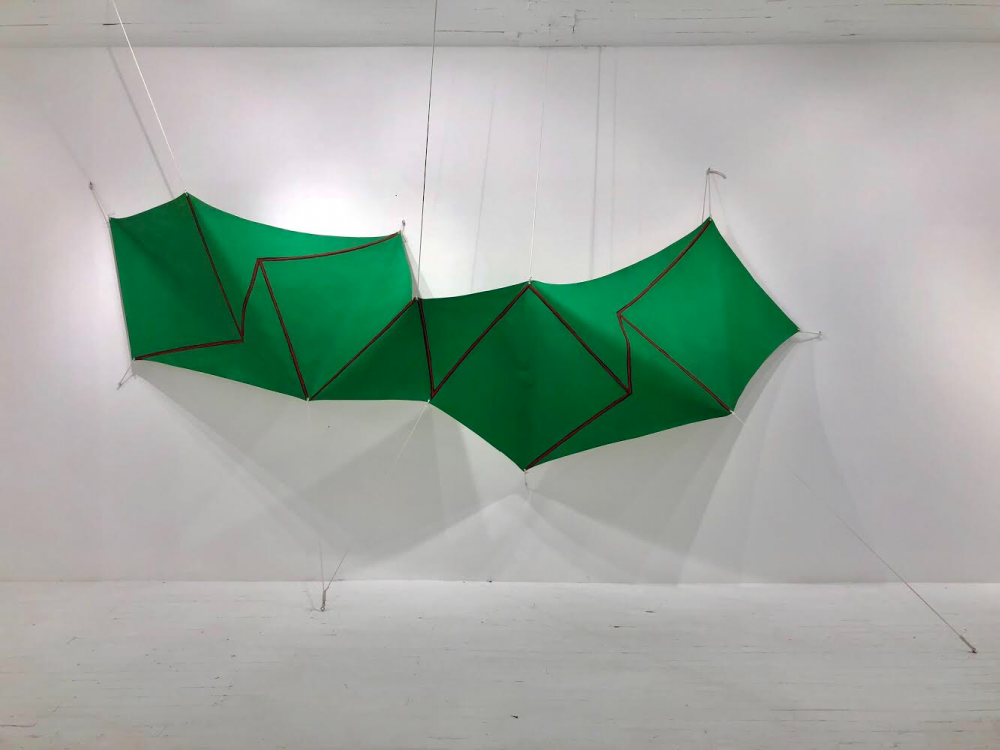 Joe Overstreet was born on June 20, 1933, in Conehatta, Mississippi, one of several communities in central Mississippi included in the reservation for the Mississippi Band of Choctaw Indians. His father, a stonemason, would play a subtle but essential role in Overstreet's future as a painter, exposing him early on to architectural construction and sparking his interest in constructed forms and shapes. The Overstreet family was nomadic, moving five times between 1941 and 1946 before settling down in Berkeley, California. Upon his high school graduation in 1951, Overstreet worked part-time for the Merchant Marines while studying art at Contra Costa College in Richmond, California, and the California School of Fine Arts (now known as the San Francisco Art Institute).

Firmly planted in the Bay Area, Overstreet became a central figure in the Beat Scene, befriending poet Bob Kaufman. He also maintained a studio near fellow artist Sargent Johnson, whose mentorship and belief that Black artists should look to their ancestral legacy for aesthetic sources and inspiration profoundly affected Overstreet's oeuvre. While in San Francisco, he published a journal titled  Beatitudes Magazine, spreading the message of a new art that disdained academic convention. In 1955, Overstreet moved to Los Angeles and worked as an animator at the Walt Disney Studios. 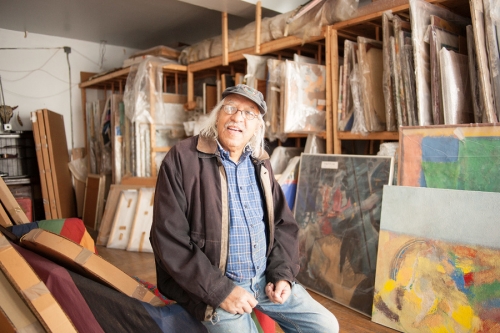 In 1958, Overstreet moved to New York City with Kaufman. Making a living designing storefront windows, Overstreet quickly immersed himself in the artistic scene of the time, primarily involving himself in the orbit of Abstract Expressionists such as Franz Kline, Larry Rivers, and Willem de Kooning. The latter artist famously gave Overstreet a few works of his to sell when he came up against financial difficulties. These artists laid an important foundation for Overstreet. "Looking at Hoffmann reminded me of how I saw things naturally, and looking at Pollock reminded me of how I could do things naturally," he once said. (J. Overstreet, quoted in B. Rose, "Flying High: The Achievement of Joe Overstreet,"  Joe Overstreet Innovation of Flight: 1967-1972, exh. cat., Eric Firestone Gallery, 2018, p. 51).

His work from the 1960s combines geometric and stylistic elements of African art with modernist abstraction and concern for materials, fusing European painting traditions with a search for a Black aesthetic sparked by Johnson's teachings. Painting on shaped canvases, inspired by Frank Stella, he used wooden dowels shaped with a jigsaw and hand tools to make intricate stretchers, painting figures in patterns drawn from Aztec, Benin, and Egyptian cultures. Overstreet's interest in these cultures stemmed from Johnson's teachings and his desire to move away from Western art historical references, as well as Jay Hambidge's book  The Elements of Dynamic Symmetry. In the book, Hambidge speaks of how Egyptian rope-stretchers discovered the principles of dynamic symmetry and used them when making temple plans, a history that equally intrigued his father. These works took on a decidedly political tone, with titles such as  Agent Orange, inspired by the moment's political unrest. 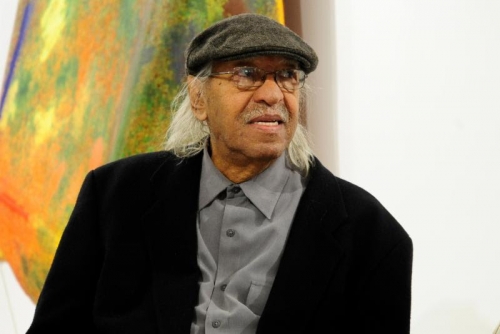 By 1964, Overstreet replaced oil paints with acrylic, which he believed allowed him to focus more fully on spatial problems, and by 1970 he had abandoned the notion that paintings had to be on the wall. This critical development would result in his most famous series, the Flight Pattern paintings, made between 1970-1972. In these works, vibrant abstract canvases are mounted from the wall, ceiling, or floor with ropes and grommets, bending and twisting and alive with movement, recalling a kite in flight. Overstreet referred to these malleable forms as tents—a reference to the perpetual movement experienced during his childhood and the portability of the objects—and their variable installation recalls the dynamism of free jazz.

While working on the Flight Pattern series, Overstreet relocated back to the Bay Area to take up a teaching position at the University of California at Hayward. Upon returning to New York in 1974, Overstreet met his future wife, the artist Corrine Jennings. The two of them, along with Samuel C. Floyd, founded the alternative space Kenkeleba House that same year. Kenkeleba House, which comprises Kenkeleba Gallery and the Wilmer Jennings Gallery, presents, preserves, interprets, and encourages the artistic development of artists left out of the traditional art world. Still in operation today, the galleries showed young artists before they reached international acclaim, such as David Hammons, in addition to historical exhibitions of work by noteworthy Black painters such as Norman Lewis.

Overstreet spent the rest of his life working as an artist and championing other Black artists through Kenkeleba House before his passing on June 4, 2019. His work can be found in the collections of the Brooklyn Museum, the Mississippi Art Museum, the Rose Art Museum at Brandeis University, and the Menil Collection in Houston, among others. His work has been included in major exhibitions, including  Joe Overstreet, Innovation of Flight: Paintings 1967-1972  at Eric Firestone Gallery, New York (2018), and  Soul of a Nation: Art in the Age of Black Power, which began at the Tate Modern in London and traveled to the Crystal Bridges Museum of American Art in Arkansas and the Brooklyn Museum (2017-2019).

“For me, painting is not intellectual, it’s emotional; I have to feel empathetic, akin to situations. I paint things that I think about and feel.” 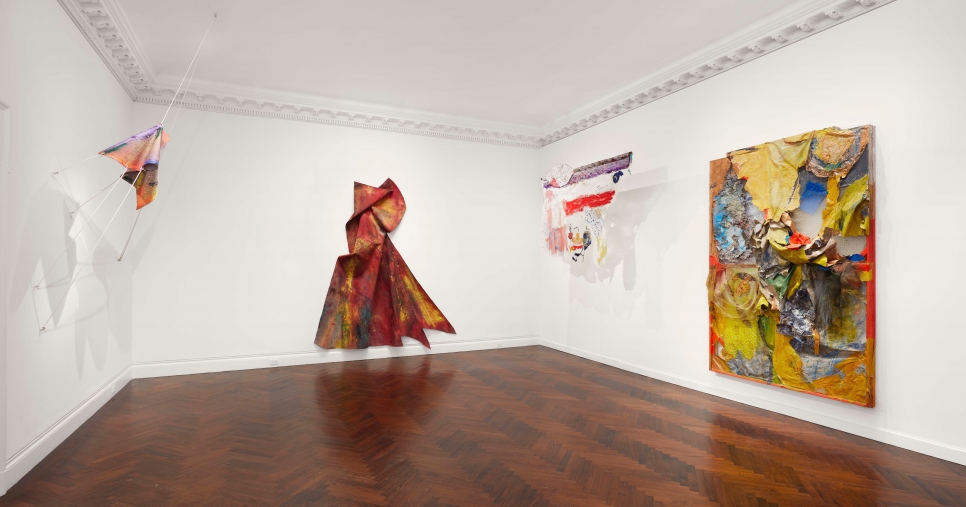