L&M Arts is pleased to present the collaborative exhibition Dan Flavin "An installation" at Galerie Perrotin in Paris, January 14 - March 3, 2012.

Dan Flavin began making three-dimensional monochromes with mounted or barred fluorescent tubes or light bulbs in 1961 that he referred to as "Icons," even though he contested any mystical or religious reference in his approach.

In a constant dialogue with painting, sculpture and architecture, he inaugurated in 1963 the work the diagonal of May 25, 1963 (to Constantin Brancusi), an homage to Endless Column, comprised of a standard gold fluorescent tube, which from then on became his only medium. His installations of infinite combinations transcend Duchampien gestures, radical in essence and minimal in form. Though the artist refused all ecstatic interpretation of his work, he created a sensorial and physical experience with color and light having transformed into matter, introducing the presence of the immaterial. 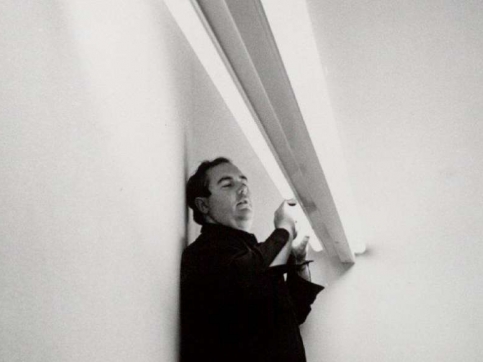 Dan Flavin
Back To Top