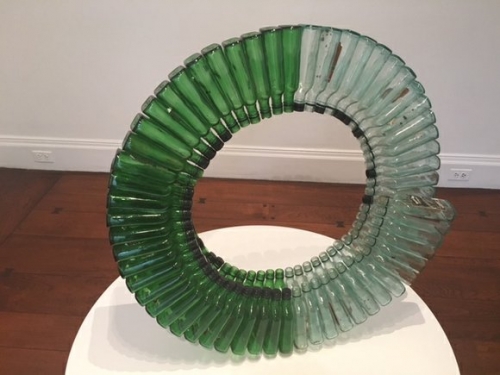 David Hammons is one of the most significant American artists of this century. From the beginning of his career in the late 1960s, Hammons was that outside voice whose creativity warranted a place among the art world’s somewhat snobbish inner circle.

Although Hammons has forged his own path, he carries the torch of his influential predecessors, Elizabeth Catlett, Jacob Lawrence, Romare Bearden and his much younger art colleague Jean- Michel Basquiat, whose inventive art works represent the experience of Black America, which is always in an activist mode.

From now through May 27, the “David Hammons: Five Decades” exhibit will trace the evolution of his creative exuberance from the late 1960s to the present. It will be the artist’s first exhibition of this kind in more than 20 years.

Many art critics refer to Hammons work as an extension of the Dada movement, an anti-art movement coined by the artist Marcel Duchamp around 1913. The term was inclusive of anti-war and anti-bourgeois, with political affinities. The European avant-garde artists used this concept to offend the straight art world and power brokers by using unconventional materials, such as toilet bowls, and painting a mustache on the Mona Lisa.

His mural of a white Jesse Jackson reflects his awareness of race and political and economic power in America, which are all related. His works clearly demonstrate his creative insight into the capitalist bourgeois and its effect on Black America.

For this career survey of 25 years, he is in a commercial gallery where blue-chip stocks are the order of the day, on the Upper East Side of Manhattan. The show of 34 objects, about half on loan from public and private collections, cover Mnuchin’s two-story space.

The soundtrack, which is usually jazz, has been replaced by classical Japanese court music. Music, like art, can unite souls. The Mnuchin Gallery (45 E. 78th St.) hours are Tuesday to Saturday 10 a.m.-6 p.m.