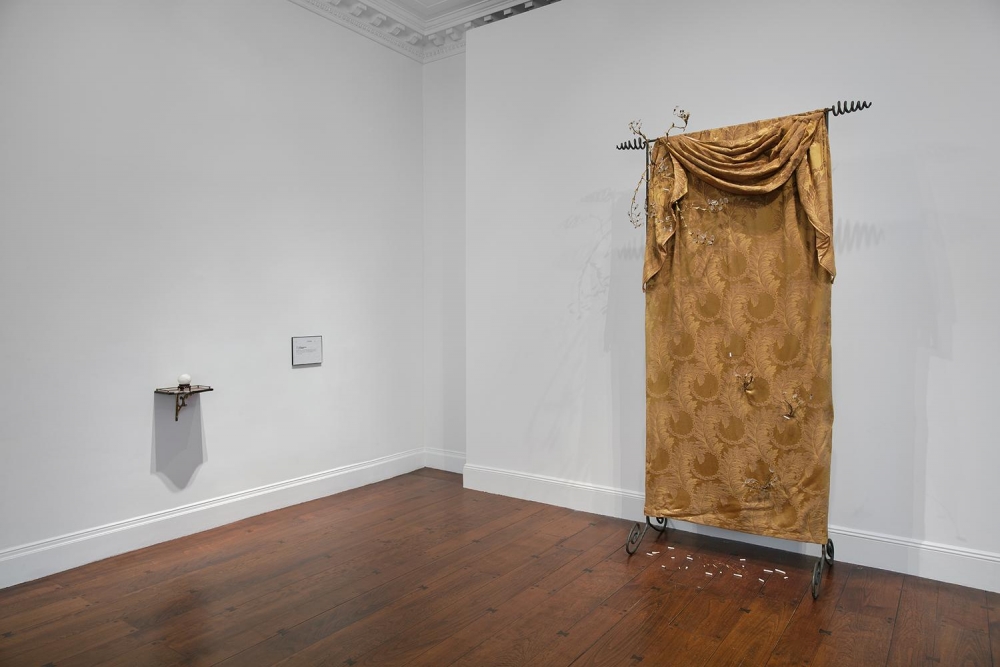 The New York art world elite was out in force at Mnuchin Gallery on Tuesday, March 15, for the opening of "David Hammons: Five Decades." Given the museum-like scope of the exhibition, it was perhaps no surprise to see museum directors Thelma Golden (Studio Museum in Harlem), Glenn Lowry (Museum of Modern Art, New York), and Melissa Chiu (Hirshhorn Museum and Sculpture Garden, Washington, DC) were in attendance.

Also on hand were artists Theaster Gates and Glenn Ligon, dealer Jeanne Greenberg-Rohatyn, and curator Scott Rothkopf of New York's Whitney Museum of American Art. Despite kicking off a half-hour before the customary 6:00 p.m. start time, the opening was starting to fill up by 5:45—all the more impressive given the absence of the artist. Hammons was supposedly away in Marrakech for that city's biennial. Even the gallery, though, didn't know his whereabouts for sure.