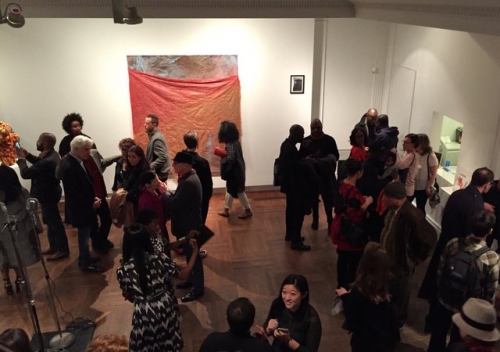 Sure, people would show up nearly anywhere for a show by David Hammons, the rare- appearing art genius whose work just gets more urgent as time goes on. But there was something magical about his politically freighted survey of adjusted African totems, dribbled-basketball paintings, body prints, cat taxidermy, and beheaded hoodies (mordantly titled In the Hood) appearing at ex-Goldman Sachs banker Robert Mnuchin’s baronial townhouse on 78th Street. It felt like Hammons was getting away with something, and in spectacular fashion. The line out the door at the opening suggested that the city’s art community sensed it too.