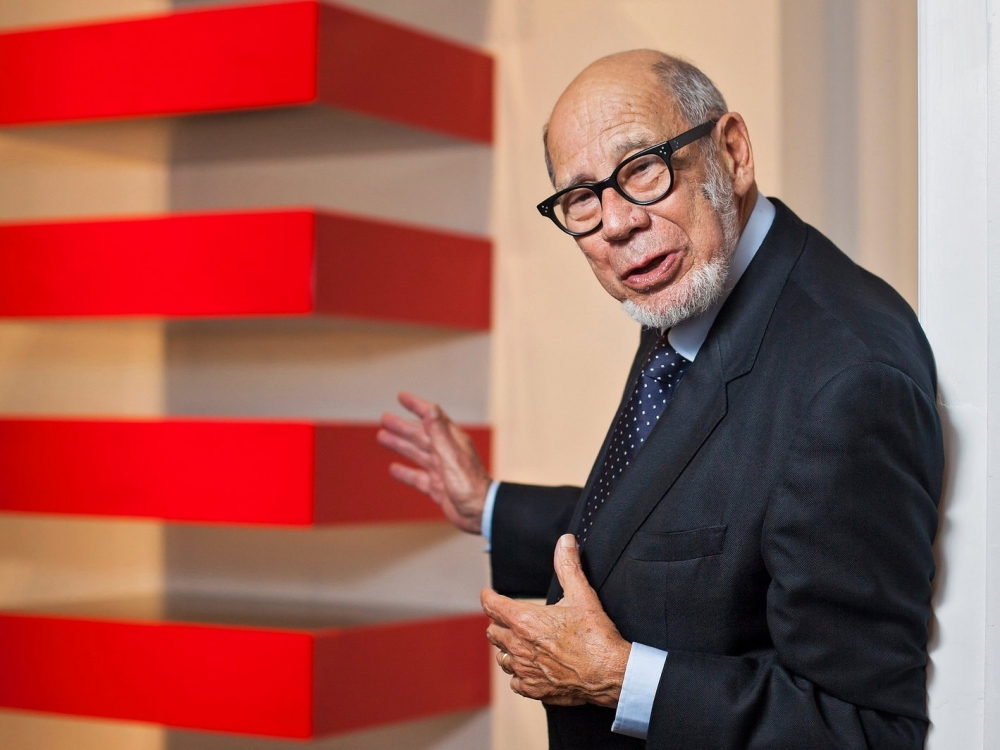 SINCE Robert Mnuchin recently turned 80, some might expect him to be slowing down. Instead, he is speeding up, or at least starting a new chapter with the Mnuchin Gallery. He opened it this year after parting ways with Dominique Lévy, his partner at L&M Arts, a gallery that was a prominent player in the art market during the economic boom, bidding large sums at auction.

Sitting in his favorite diner recently, munching on Melba toast and sour pickles, Mr. Mnuchin played down his new venture, even though this is the first time he has been out on his own since starting his first gallery, C & M Arts, with the Los Angeles dealer James Corcoran, in 1992. Ms. Lévy opened her own new gallery this year on Madison Avenue.

“This is a continuation,” Mr. Mnuchin said.

“She’s giving birth to a new child,” he added of Ms. Lévy. “I’m having children and grandchildren.”

Mr. Mnuchin continues to operate in the elegant town house at 45 East 78th Street that was home to his previous two galleries. And he continues to specialize in post-World War II American art.

“It isn’t really a new incarnation,” said Arne Glimcher, the chairman of Pace Gallery. “He’s had partners, but he has always been the driving force of his gallery.”

If anything, Mr. Glimcher added, Mr. Mnuchin is building on a tradition of dealers who got into the business because they were passionate about art, not because they valued it as a commodity and viewed it as an investment.

“He comes to art dealing through collecting and through the absolute love of art — which is not necessarily the pattern of most dealers,” Mr. Glimcher said. “A lot of us who are more senior in the art world have experience that will take dealers in their 40s forty more years to get, if they ever do. We did not come to art as commerce. We came to art as a way to live.”

Mr. Mnuchin does collect — Willem de Kooning, Mark Rothko, Jackson Pollock. And he said it was his excitement about art that made him leave Goldman Sachs after 33 successful years there.

“I love to be around art,” he said. “I really believe I have the heart of a collector.”

On a walk through his gallery recently, where his exhibition of Donald Judd’s stacks had opened just a few days earlier, Mr. Mnuchin’s enthusiasm for the artist’s vibrant boxes of metal and Plexiglas was plain.

“I’ve kind of fallen in love with this color,” he said, standing in front of one in violet. “It’s endeared itself to me.”

“Obviously, he’s a leading figure of minimalism,” he said of Judd. “But in another way, I find something about them even romantic.”

This is the first time 10 of Judd’s stacks have been shown all at once, in one place, Mr. Mnuchin said. And that is the kind of exhibition he has made his specialty — focusing on one artist and one strain of work. Counter to what one may expect of a dealer, Mr. Mnuchin said, he does not emphasize the sale.

In the seven de Kooning shows he’s done over the years, for example, “there was little or nothing for sale,” he said. “Not that there’s anything wrong with that. These exhibitions have been about something else: giving the public the opportunity to focus on a body of work, to focus on that particular artist or that particular moment.”

“I’ve seen many Judd stacks where I looked at the image and thought it was terrific,” Mr. Mnuchin added. “When I see Judd here in the aggregate, it creates a presence, a feeling — the overall effect of them I find awesome.”

Last year, for example, L&M Arts brought together 15 of Frank Stella’s black, aluminum and copper paintings. “Everyone knows they’re great, but they’ve never been together without other things,” he said. “It was breathtaking. You hated to take it down.”

Mr. Mnuchin’s partnership with Ms. Lévy worked well, he said, until it didn’t anymore. (Ms. Lévy did not respond to requests for comment).

“I think relationships are difficult,” Mr. Mnuchin said. “They take a lot of work.”

“It’s hard to define how people grow apart,” he continued. “We also had differences and the differences made it desirable for us to each have our own gallery. But I don’t want to in any way minimize the importance of our partnership.”

Mr. Mnuchin got into art gradually. He describes his parents as “modest collectors” who raised him in Scarsdale, N.Y., where he “walked across open fields going to school and twisted my ankles.” After graduating from Yale in 1955, he spent two years as “the least decorated private in the Army.”

Then he joined Goldman Sachs at a starting salary of $48 a week. They didn’t have a seat for him at first. “I sat on a stool for over a year,” Mr. Mnuchin said, “listening and hoping one of the two people next to me would get a little bit sick.”

A decade later, he became a partner and by 1976 he was co-head of the trading and arbitrage division. In 1980 he joined the management committee.

He and his wife, Adriana, developed an interest in art together — reading about it, going to museums, attending lectures. Eventually Ms. Mnuchin — herself an entrepreneur who started the stores Tennis Lady and Cashmere-Cashmere and co-founded the nonprofit Shakespeare Society — went on the board of the Whitney Museum of American Art. And they started to buy a few paintings in the 1970s. “We were more students than we were collectors,” Mr. Mnuchin said. “Grow on us, it did.”

They also at one point owned the Mayflower Inn in Washington, Conn., where they have a country home.

Rather than spending more time relaxing in Litchfield County, however, Mr. Mnuchin can be found bidding large sums in the front rows of the leading auction houses. Last year, for example, he bought a Rothko at Sotheby’s for about $75 million and a Gerhard Richter at Christie’s for about $22 million.

While art prices have skyrocketed — sending many wealthy people into the market — Mr. Mnuchin said he had never been in it for the money. “The reason to buy art is because you love it, you love it, you love it,” he said. “Then you give some thought to, ‘Is it good for what it is? Then, ‘Is it reasonably priced?’ ”

“That’s a wonderful experience to have,” he said. “I’ve been lucky enough to have it personally.”