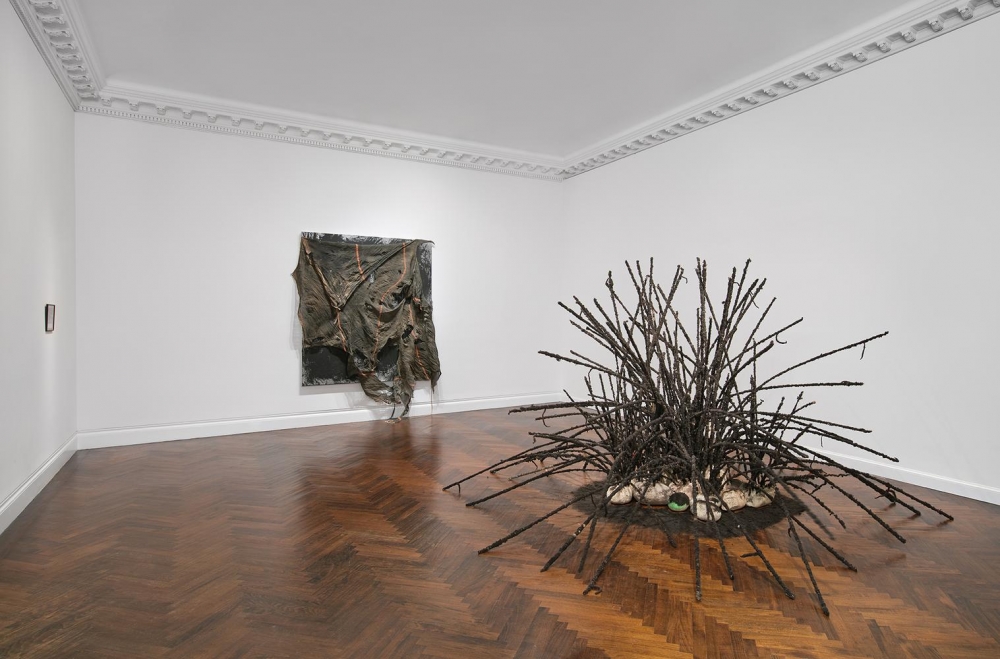 On the subject of the artist David Hammons, whose diverse work—from sculptures made with chicken bones and hair found in Harlem barbershops to a mural of a white Jesse Jackson— incisively addresses issues of race and power in American life, the New York art dealer Robert Mnuchin paraphrases Frank Sinatra: “He does it his way.” Hammons, who is 72 and African- American, is one of today’s most revered and idiosyncratic artists, declining interviews and rarely agreeing to exhibitions. Of his move to New York in the 1970s, he’s been quoted as having said, “Everybody was just groveling and Tomming—anything to be in the room with some money. There were no bad guys here, so I said, ‘Let me be a bad guy.’ ” He has sanctioned just two solo shows in New York in the past decade, both with Mnuchin Gallery, which has persuaded Hammons to let it stage a 50-year survey (March 15 through May 27). “David Hammons: Five Decades” will present about 40 pieces—many on loan, a few for sale—ranging from the body prints of the ’70s to mysterious new works in which the artist has covered mirrors with shrouds or sheets of metal. To see so much of his output in one place is a rare opportunity, indeed.